Jamie Rauch, 41 of Chicago, understands the mental and physical demands on the Olympic athletes in Tokyo this summer.

In 2000, after helping the University of Texas men’s swim team win an NCAA championship, he was tapped to join the U.S. Men’s Olympic swim team and compete in Sydney, Australia. A 15-year-old Michael Phelps was also asked to join the team for the first time.In Sydney, themen’s and women’s swim team brought home a total of 33 medals, including a silver for Rauch and his teammates in the 4 x 200-meter freestyle relay.

Following his Olympic success, Rauch returned to UT where he helped his team win another NCAA championship in 2001. And later that year, he competed on the World Championship swim team and came home with a bronze medal in the 4 x 800-meterfreestyle relay.

Having reached a pinnacle in the sport he competed in for most of his life, eventually Rauch added cycling and running to his athletic repertoire. In the process, he discovered a love of triathlons. He has competed in more than a dozen triathlon events todate and coaches other triathletes to perform their best.

Training has always been a way of life for Rauch who was logging approximately 50 miles a week running and training a total of 15-18 hours per week. However, that lifestyle slowed down when a small ache in his hip and groin area turned more serious.

“Over time, the pain got worse,” Rauch explains. “My hip would lock up and I noticed a reduction in my muscle function. I got to a point where I could walk but I definitely couldn’t run.”

He visited a local sports medicine physician who ordered an MRI to take a closer look at Rauch’s hip and leg. The doctor diagnosed torn hamstring tendons and explained that in order for Rauch to continue competing at a high level, surgery was his best option.

“Once I understood that I needed surgery, I wanted to be treated by a surgeon who understood my goals,” Rauch explained. His physician recommended Dr. Brian Forsythe of Midwest Orthopaedics at Rush. Dr. Forsythe, a former college soccer player, is a team physician for the Chicago White Sox, Chicago Bulls and Chicago Fire. His education and training include Brown University, University of Pennsylvania, Harvard University and University of Pittsburgh.

Dr. Forsythe explained to Rauch the complex anatomy of the hamstrings, which is actually a group of three muscles that cross the hip and knee joints, providing power for walking, squatting, and bending the knees. The tendons of the hamstring muscles attach to the ischial tuberosity of the hip (more commonly known as your “sit bones”). The hamstring muscles, along the back of the thigh, then cross the knee before attaching just below the joint.Rauch had tears in two of the three, preventing him from reaching his full athletic potential as a triathlete.

“Jamie’s case was a typical sports hamstring injury, in a very atypical, supremely motivated patient,” Dr. Forsythe explains. “When he presented for his one month follow up appointment, he was weeks ahead of the normal rehab milestones. His determination and focus were certainly paying dividends.”

Post-surgery, Rauch’s rehabilitation included a course of physical therapy and exercises at home. Just weeks ago, Rauch rang the bell at physical therapy, celebrating a successful completion of his therapy program.

Today, Rauch is running 20-25 miles a week, just six months after surgery. He has set a goal to compete in an Ironman competition in October 2021. Dr. Forsythe and his Midwest Orthopaedics at Rush team don’t doubt that he will get there.

To schedule an appointment with Dr. Brian Forsythe to discuss your sports injury, call 877.MD.BONES or visit www.rushortho.com. 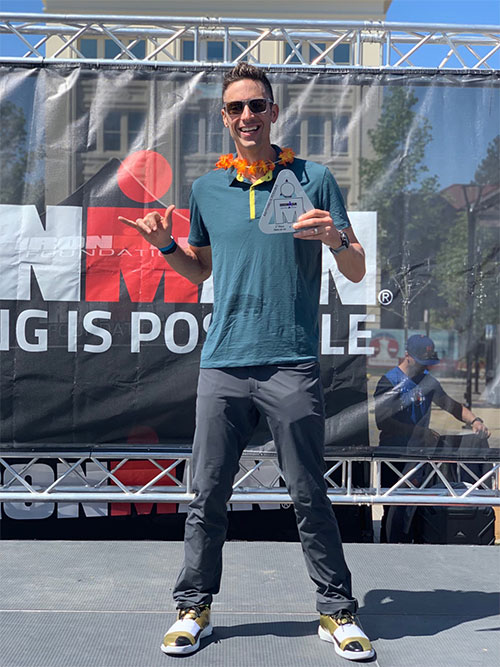 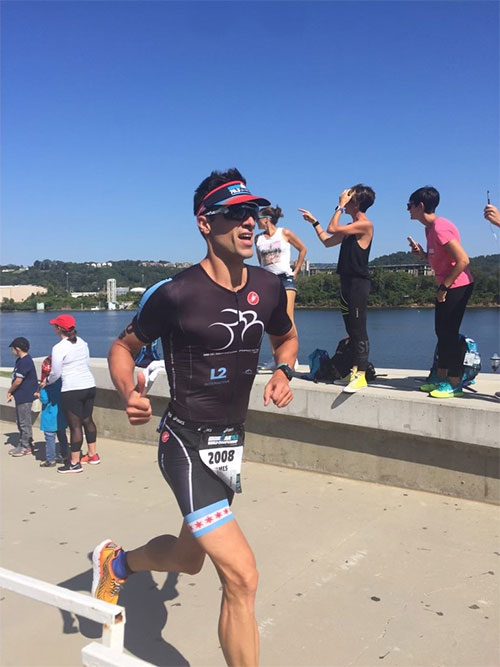